Melbourne, Australia – The first Grand Slam of the season is serving up new stars in tennis, as the quarterfinals are set, with 2 men and 4 women from Team Yonex among them.

The junior event is also underway, with a total of 33 players (16 boys and 17 girls) using Yonex racquets. This is 26 percent of the total number of players competing, making Yonex the second most used brand among the next generation of top players.

Rybakina roars past world No.1

Is the 2022 Wimbledon champion’s win over world No. 1 Iga Swiatek (POL) an “upset”? However you call it, Elena Rybakina's (KAZ) groundstrokes shone brightly under the Melbourne sun as she displayed the devastating talent that won her the title at the All England Club six months ago.

Rybakina backed up her big groundies with six aces against Swiatek, and even as she allowed a 3-0 lead to slip away in set two, her seemingly ice-cold nerves never been wavered. She beat Swiatek 6-4, 6-4.

Because Wimbledon 2022 did not provide ranking points for players, Rybakina’s ranking of world No. 25 does not reflect her raw power – or success. However, she explained: "For sure it's (ranking points) a motivation, but as I said before, every tournament I come to, I want to win and no matter points or no points."

She now clearly has her sights set on winning her second major title.

Caroline Garcia (FRA), the fourth seed and the second highest ranked of Team Yonex, was stopped by a "new face" who picked up a Yonex racquet just this year. While she is new to the Yonex family, Magda Linette (POL) is a very experienced player who is known as a diligent fighter on a tour.

In her match against Garcia, she showed her experience and fighting spirit, not panicking when she fell behind in the first set 3-0 to the hard-hitting Frenchwoman. Linette would fight back to win the first set 7-6, then took the second set 6-4.

It marks the 30-year-old’s first time reaching the last eight of a Grand Slam. She, however, is not surprised by the result.

"I've been in the third rounds for so many times that I knew I was capable," she said after. And she believes her best is yet to come.

What did you do on your winter break? Ben Shelton (USA) is maintaining a part-time class schedule at the University of Florida... while having the time of his life in his first trip abroad. The 20-year-old, playing in just his second major, has marched into the final eight, thanks to crowd-stunning wins on what’s called “the People’s Court,” a raucous John Cain Arena.

"It's been a pretty special week for me,” a big-smiling Shelton said. “[I] definitely have a lot on my plate, playing my first Grand Slam outside of the United States, it's been a lot.”

The fourth-round match against fellow American J.J. Wolf was another new experience for Shelton, whose father Bryan is a former top 60 ATP player. Although he lost two sets in tiebreakers, which are typically his forte, he was able to find a way to win, 6-7, 6-2, 6-7, 7-6, 6-2.

The win earned him a spot in the AO last eight... another "first" on his list. 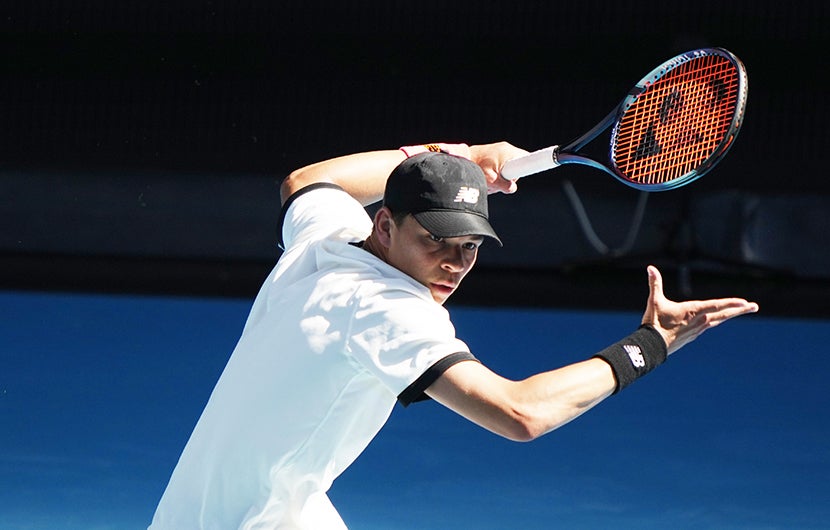 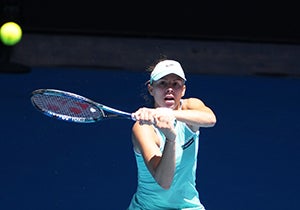 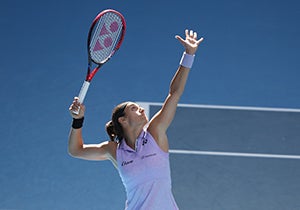