FORT WORTH, USA - Caroline Garcia(FRA)'s breakthrough 2022 season ended in the way which showcased her growth: winning the WTA Finals.

It was the third title of the season for Garcia, and led her back to her career-high ranking of fourth in the world, 70 spots above where she began the season.

The first half of the season was tough, with some of the most challenging dips of her career. In May, she lost in the second round in Roland Garros where she was a local favorite. Her ranking at that time was 79th her lowest ranking since 2013.

After winning the Polish Open on clay in July, Garcia's momentum was accelerating into the US hard-court season. In Cincinnati in August, she entered Western & Southern Open qualifying draw, and reeled off eight straight victories to win the championship.
Garcia followed up that run by reaching the semifinals in the US Open. It was the first time for her to make the semis at any major tournament.

When asked about “the secrets behind this success," Garcia just said that it was just the result of consistent hard work. Tactically, she gets inside the baseline to put pressure on her opponent. On the return, she takes the ball very early to take time away from her opponents.

But the biggest weapon in Garcia's game is her serve. She led the WTA in aces this season, and fired six in the semifinals of the WTA Finals against Maria Sakkari.

In the final against Aryna Sabalenka at the WTA Finals, the serve again led her game: in the first set alone, she made 10 aces. Indeed, confidence in her serve was the key which kept her calm throughout the match. She broke Sabalenka’s service game to begin the second set; it was the only break she made in this match, but it was enough, The score was 7-6(4), 6-4, but Garcia's performance was more flawless than the score would indicate.

And so a season which started from a tough position had a happy ending. Running as fast as she can, she reached the other side——the highest ranking and the biggest title of her career. 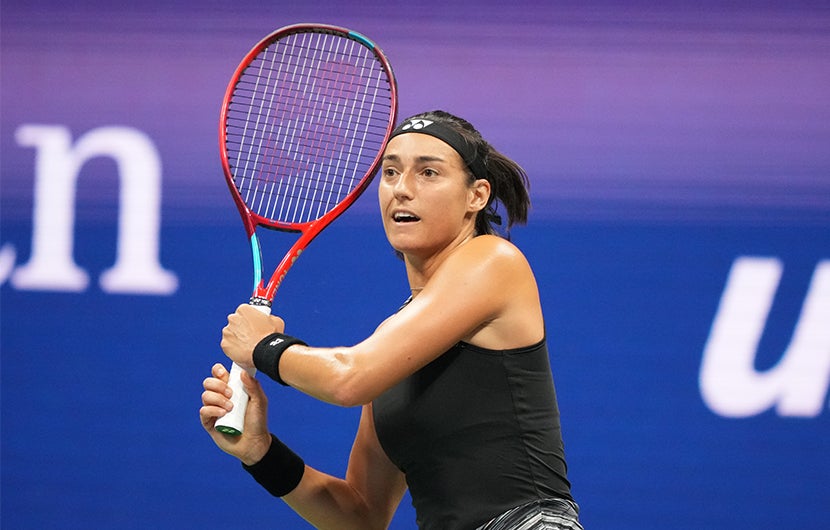