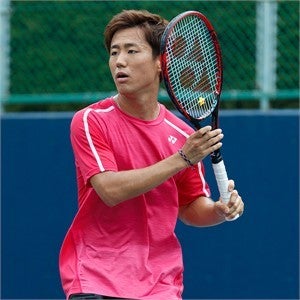 The young Australian dethroned three-time titlist John Isner with huge serves and keen resolve despite harsh conditions, as well as stopped a 6-year run of local American champs. He reaches a career high ranking of World No. 16 with this momentous win.

Nick continues to impress on the court with the potent combo of the EZONE DR and POLYTOUR PRO. Take a look at the below videos to hear what the champ has to say about his gear.

Nick faced a huge challenge right from the opening moments of the match, going up against three break points at 0/40 in his first service game. He saved them all, firing off five straight points to seal the game. Despite culminating in a tense power struggle, Nick would win the match in straight sets, 7-6 (3), 7-6 (4), firing off 18 aces en route to victory.