True to the EZONE family, the 7th-generation is crafted for power and comfort and features a rich, navy-blue base with a premium gradient fading into mint and sky blue.

The latest generation is meticulously crafted with innovative 2G-Namd*2 Speed graphite, which is integrated in the throat of the racquet for increased ball speed and improved feel.

Building upon the EZONE family’s easy access to power with a comfortable and plush feeling, the research and development team further improved the feel with an upgraded Aero Shape Frame Design and Liner Tech, resulting in 16%*1 more flexibility. To ensure racquet stability is not sacrificed, a thicker beam width and new shaft design adds power and reduces unwanted racquet torque on off-centered shots.

The most powerful racquet series in Yonex Tennis history is “the easy one,” – a user-friendly racquet for players of all levels. From 4-time Grand Slam Champion Naomi Osaka (JPN) and World No. 8 Casper Ruud (NOR) to someone playing tennis for the first time, there is a model in the EZONE series for everyone.

Osaka, Ruud, Olympic Gold Medalist Belinda Bencic, and others will debut the EZONE in early-January to begin their 2022 season. Osaka will also pair her new EZONE with POLYTOUR STRIKE in Blue, a brand-new colorway for the precision-oriented polyester string, which will also launch worldwide on January 15, 2022.

The Yonex Stringing Team recommends pairing the new EZONE with these Yonex strings:

*Launch dates may vary by market. Check with your local authorized Yonex dealer for the most up-to-date information.

For improved stability and power
A thicker shaft structure with a convex design reduces unwanted racquet torque on off-centered shots for added power.

For power and a plush feel
A thinner frame combined with a thicker beam width result in a flexible frame with added power.

For added touch and precision
A stretchy mesh material is wrapped around the graphite within the grip to filter unwanted vibrations. 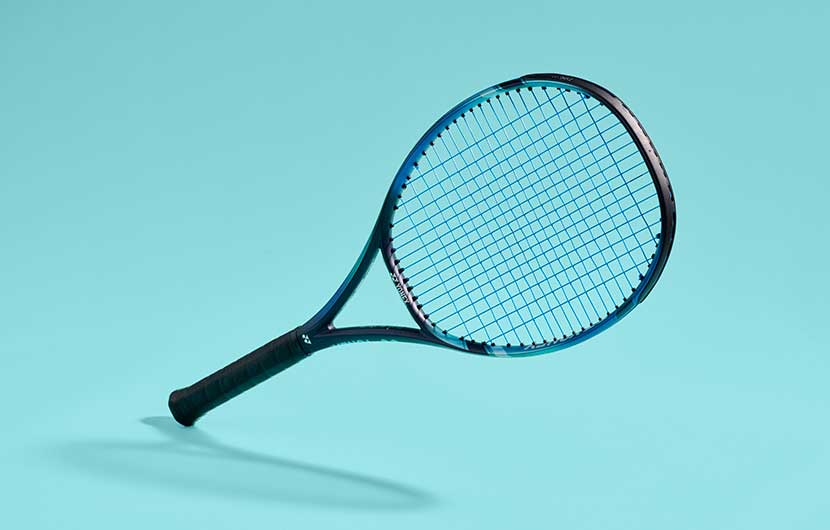 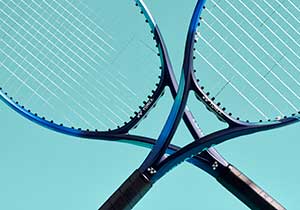 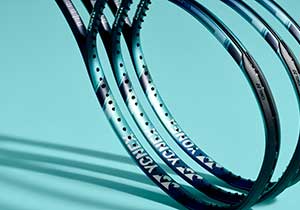