Today marks the beginning of the 107th Yonex All England Open Badminton Championships. Running until Sunday, March 12th, this year’s tournament will once again welcome the world’s top badminton stars. Yonex has been proud to support this most prestigious badminton tournament since 1984—one of the longest partnerships in the history of sport. True to its status as a Superseries Premier tournament, this year’s prize money has been boosted to an impressive $600,000 dollars. 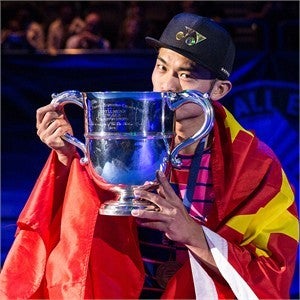 Viktor Axelsen leads the pack at this year’s tournament with the new DUORA Z-STRIKE. The 2016 BWF Dubai World Superseries Finals champion will be the one to look out for with an impressive mix of power and speed.

The tournament will also welcome veterans such as six-time YONEX OPEN JAPAN champion Lee Chong Wei and defending champion Lin Dan, who is returning to Birmingham proud with six titles to his name at the All England. The women’s side will see World Top 10 talents like Carolina Marin and Pusarla V. Sindhu take to the stage for a chance at glory.