In its 17th year, Pedro Alipio, Tournament Director and Head Pro at the Palos Verdes Tennis Club, describes this annual event as a unique tournament because of its charm, location, and how they work hard to make every player feel special. 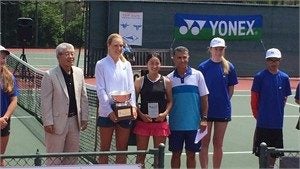 Located in a picturesque city just southwest of Los Angeles, the tournament attracts top-ranked players participating in the Open level. Last year the winners include Alessandro Ventre in men’s singles, and Ashley Lahey in women’s singles.

With exciting matches and a special silent auction, be sure to checkout the tournament, which runs April 19-23.