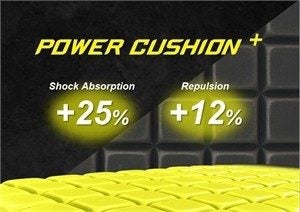 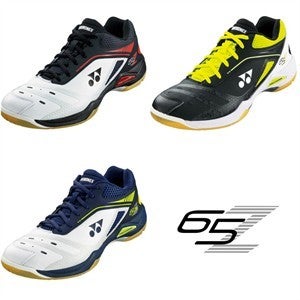 ◆POWER CUSHION®
A lightweight, impact absorbing material developed independently by Yonex which quickly returns to its original shape after receiving a shock load, converting the shock energy into power for fast and light footwork.

◆Lateral Shell
Mounted on the outside of the forefoot - heel section. Power loss is reduced with side and diagonal steps.

◆Seamless Upper
By creating the upper from one-piece of artificial leather from the forefoot part to the outer part of the middle foot part, stress-free foot contact is realized. When combined with the lateral shell there is a synergistic effect, producing a soft and comfortable upper that adapts to your feet from the moment you wear it.