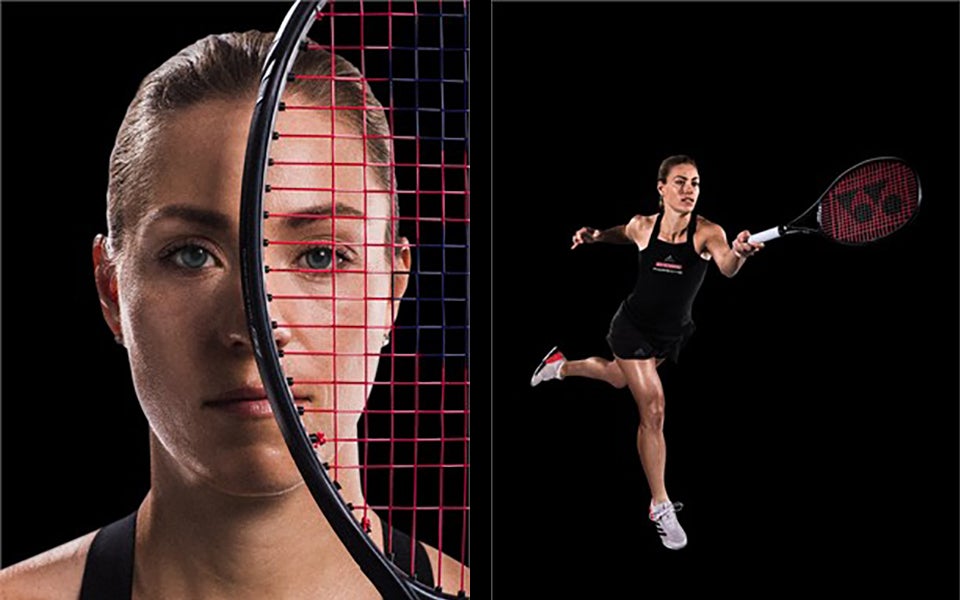 Research of top athletes’ play leading up to the launch of the Flame Red VCORE racquet last August contributed to a Yonex developed unique swing analysis system to identify ways in which to maximize spin potential. The unique structure adopted by the new VCORE, greatly reduces air resistance, improving swing speeds. Specific placement of Namd*1 graphite into the throat of the new VCORE also improves torque and flex, allowing players to apply up to 7.3%*2 more spin to the ball. The result from these changes were tour victories from top athletes, Caroline Garcia (FRA) and Yoshihito Nishioka (JPN) during the 2018 season.

Three-time Grand Slam champion Angelique Kerber (GER) took keen interest in development of a championship caliber racquet during her ascension to world No.1 ranking – providing valuable feedback and even visiting the Japan based Yonex factory to see how each racquet is made.

Kerber, set to start using the new racquet at the beginning of the season, described her new shimmering Yonex VCORE Galaxy Black racquet.

“It’s easy to hit penetrating, high-trajectory spin balls and has a great feel. I saw firsthand the craftmanship and latest technology behind creating my racquet. I’ll aim for the world No. 1 spot again with the new Yonex VCORE Galaxy Black.”

*2 Measurements made via swing machine, in comparison with the VCORE SV racquet.

Aerodynamic fins that were featured in the VCORE SV have also been upgraded and positioned towards the bottom of the VCORE’s frame. The new Aero Fins are strategically carved out sections that allow for improved maneuverability.

New Frame Shape and Graphite
By utilizing the next-generation Namd graphite and reducing the size of the yolk (blue area in the diagram), the new VCORE frame allows for more torque, applying more spin to the ball.

Drag reduced by an incredible 11%*

Spin increased by 7.3% to allow for high-velocity spin.

*Measurements made via swing machine, in comparison to conventional racquets

Original “ISOMETRIC” Theory
Developed over 30 years ago, the ISOMETRIC design increases the sweet spot by 7%. * Compared to a conventional round frame, a square-shaped ISOMETRIC racquet generates a larger sweet spot by optimizing intersecting main and cross strings.