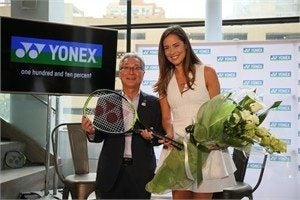 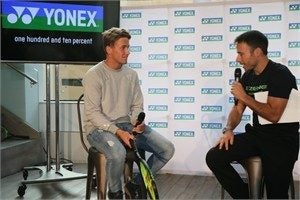 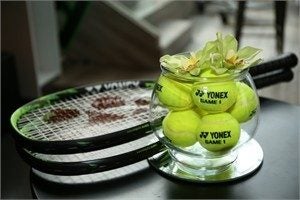 In attendance were 10 Yonex players including 2016 US defending champion Angelique Kerber (VCORE SV 100) and Nick Kyrgios (EZONE DR 98), along with tennis fans, customers and media. Guests were treated to a night full of fun conversation with their favorite Yonex players in celebration of the worldwide EZONE launch.

EZONE ambassador and NextGenATP star Casper Ruud (EZONE 100), greeted fans at the event coming straight from his US Open qualifying match. Recently switching to the new EZONE, Casper explained how the racquet has improved and helped his game. "This is my new weapon. I have a powerful forehand that I like to use and with this racquet it gives me a good combination of control and power."


At the start of the event, the Yonex family held a retirement ceremony for former World No.1 Ana Ivanovic. Yonex president Kusaki Hayashida, presented flowers and the new EZONE racquet to the long-term EZONE icon in celebration of her career.

To see more from the event, check out our video here.