London — Upsets continue to be the headline at Wimbledon as eight of the top 10 seeds were knocked out by the end of the first week. Team Yonex’s women were happy to contribute to that story and four advanced to the round of 16. First up, Russian qualifier Evgeniya Rodina, shocked 10thseed Madison Keys (USA). Keys got out to an early lead at 5-2 in the first set, when Rodina came to life and fought back to win the set. The second set also went to the wire, eventually going to Keys but Rodina stayed firm and hung on for the 7-5, 5-7, 6-4 win. Rodina will next face Serena Williams, with whom she has at least one thing in common, they’re both mothers who took time off the tour and returned. 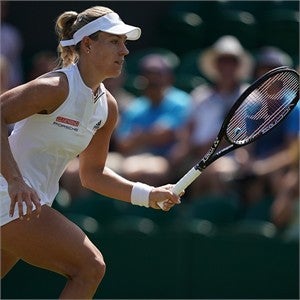 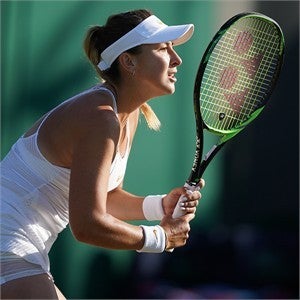 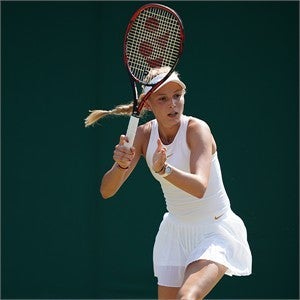 In the first of two Yonex showdowns in the round, Donna Vekic (CRO) defeated Belgian Yanina Wickmayer in straight sets, 7-6 (2), 6-1. While later, on center court, 11th-seeded Angelique Kerber (GER) had an even easier time with number 18, Naomi Osaka (JPN), sailing by 6-2, 6-4 in just 63 minutes.

Belinda Bencic (SUI) also knocked off 27th-seeded Carla Suarrez Navarro (ESP) in straight sets. Though she got off to a breezy 6-1 start in the first set, Bencic had to refocus and defend a set point at 5-4 in the second before going on to win 6-1, 7-6 (3). Bencic now draws Kerber, to whom she has never lost in their three previous tour meetings.

Finally, the Wimbledon Juniors’ tournament started on the 7th, and out of the main draw of 64, there are 14 Team Yonex athletes on the boys’ side and 19 on the girls’. Week 2 is shaping up to be another great week for #TeamYonex.

Yonex players in the round of 16