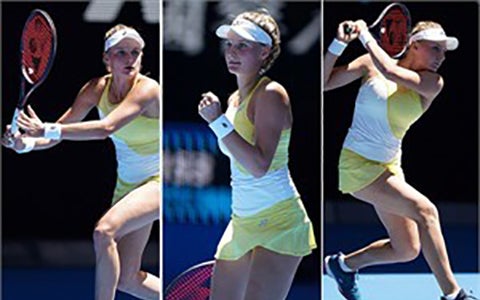 After a phenomenal start, Yastremska ran into trouble in the second and start of the third set ,but stunned the crowd as she rallied back from 2-5 down to steal the victory. Overcome with emotion, the 18-year-old collapsed following the final point of the hard-fought match.

"The match was really tough for me," Yastremska opened up to the press.

Previously announced during the Australian Open, the 2018 Hong Kong Tennis Open Champion signed a new head-to-toe apparel contract with Yonex over the offseason. When asked about her goals for the 2019 season she explained,

“First of all, I want to improve myself and get into the Top 20. I also want to show my best results in a Grand Slam.”

Currently sitting at World No. 34, this win adds another notch to her growing belt of titles and her ever climbing ranking. Only time will tell how far the 2019 season will take Yastremska, but her future seems bright.