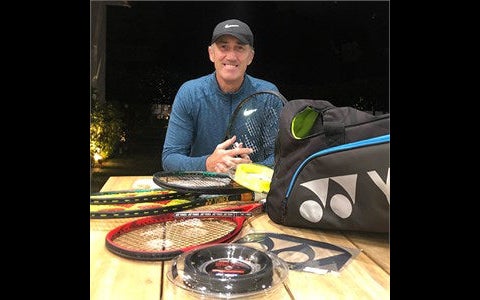 TOKYO - Yonex is proud to announce a partnership with Darren Cahill (AUS), one of the most well-respected tennis coaches in the world.

A native of Adelaide, Australia, Cahill has been a fixture in the tennis world as a player, coach, and analyst. Cahill became a professional player in 1984 and found success in both singles and doubles over an eleven year career.

After retiring, Cahill went from the court to the player box in 1998 and guided a young Lleyton Hewitt (AUS) to a World No. 1 ranking in 2001. Over the past two decades, Cahill has also assisted top players like Andre Agassi, Andy Murray, and Angelique Kerber in their careers.

“I’m really honored to be joining the Yonex family,” said Cahill. “My first coaching job with Lleyton Hewitt many years ago had me testing racquets and from that moment, I knew the company was exceptional with equipment and service.”

In 2015, Cahill joined Simona Halep’s team and helped turnaround the Romanian’s outlook on tennis and career in general. Under Cahill’s watch, Halep won her first Grand Slam at Roland-Garros and finished as the year-end World No. 1 in both 2017 and 2018.

After taking a year off to spend time with his family, Cahill announced that he would rejoin Halep’s team for the 2020 season.

In addition to Cahill’s coaching duties, he also serves as an analyst for ESPN’s coverage at Grand Slams offering is wealth of tennis knowledge to millions of viewers worldwide every year.

“I’ve decided to use the Stan Wawrinka frame, so I’m hoping a little of that backhand magic transfers across to me,” said Cahill. 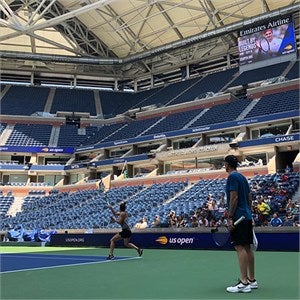