Holding the reputation as the World Cup of badminton, the prestigious Thomas and Uber Cup Finals are set to get underway on May 15th. This year, Yonex will be supporting a number of national teams with its strong lineup of badminton apparel. Of the 16 teams each competing in both tournaments, Yonex will support ten Thomas Cup teams and nine Uber Cup teams with apparel. 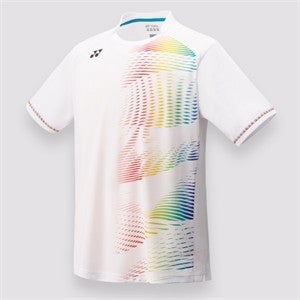 Thomas Cup teams Yonex will be supporting with apparel include Team Japan, Team Denmark and Team Chinese Taipei. Japan is the defending champion, and Denmark is expected to rock the foundations of the men’s draw, with powerhouses such as Viktor Axelsen (ARCSABER 11, Yonex Shoes) and Jan O. Jorgensen (VOLTRIC 80 E-tune, Yonex Shoes) forming the team’s backbone. Finally, Chou Tien Chen (DUORA 10, POWER CUSHION 02 LTD) is projected to lead his nation of Chinese Taipei as its No. 1 player.

Uber Cup teams supported by Yonex include Team Japan once again, Team Spain and Team India. After placing as the 2014 Uber Cup finalists, Japan will no doubt pull out all the stops to win. They will have to make it past India who resides in the same group, with Saina Nehwal (NANORAY 900, POWER CUSHION 02 LADIES) proving to be a tough opponent. Team Spain is of course home to World No. 1 Carolina Marin (NANORAY Z-SPEED, POWER CUSHION 02 LADIES), who will most certainly leave a mark at this year’s tournament.

Check out what these teams will be wearing as they aim for one of the most prestigious badminton titles.