The store will not work correctly in the case when cookies are disabled.
Menu
Account
Settings
Currency
USD - US Dollar
Day 3 at the Australian Open saw Nick Kyrgios (EZONE DR 98, POLYTOUR PRO 120) blast his way through to the third round at his home Slam. 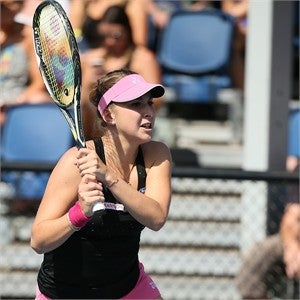 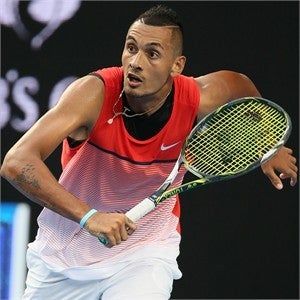 Up against Uruguayan Pablo Cuevas, the Canberra native capably clinched the edge over his opponent in close encounters during the second and third sets. Nick would acquire two break points at 5-5 in set 2, affording himself a healthy 2-set lead. The final set also proved tight, but the Australian No. 2 brilliantly fended off 2 set points in the third set, prevailing in the ensuing tiebreak to move forward to round 3. With aces clocking in at 19 and winners at an astounding 50, Nick won with a final score of 6-4, 7-5, 7-6(2).

The upset of the day came by way of Daria Gavrilova (EZONE DR 100, POLYTOUR 125) in women’s singles, the Russian-turned-Australian toppling two-time Wimbledon champ and World No. 7 Petra Kvitova. The 21 year old took full control of the match, keenly varying her shots and pace, leaving her opponent with no answers. The match concluded short of 90 minutes with a final score of 6-4, 6-4. This win brings Daria to 4 wins over Top 10 players throughout the past year.

Belinda Bencic (EZONE DR 100, POLYTOUR 125) is into the third round of the Australian Open for the first time clutching victory over Hungarian Timea Babos in straight sets. The 2015 Rogers Cup champion defused her opponent’s high power with clever tactics, the match concluding in an hour and change with a final score of 6-3, 6-3.

Today Lleyton Hewitt (VCORE Tour 97, YONEX Shoes) will head into the second round of his final tournament today. The official ATP website posted a new video this week in tribute to the Australian tennis legend. Check it out here.

YONEX is the Official Stringing Partner of the Australian Open for 2016. Yesterday the official Australian Open Youtube channel posted a video about Nick Kyrgios and his strong relationship with the YONEX Stringing Team. The video can be viewed here.