The store will not work correctly in the case when cookies are disabled.
Menu
Account
Settings
Currency
USD - US Dollar
This year’s Australian Open came to a close on January 31st, and marked the end of the Yonex Stringing Team’s first year stringing at the tournament. This was the team’s very first time stringing officially at a Grand Slam tournament. 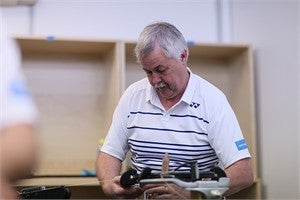 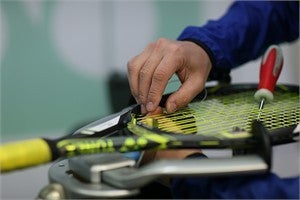 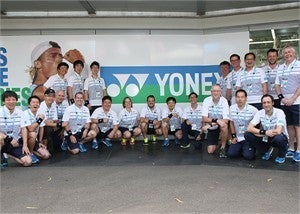 The team performed a grand total of 5,292* restrings—111% of last year’s total—with the largest number of restrings in one day clocking in at 544 racquets. Both values set monumental new records for total racquets strung both throughout the tournament and in one day. Among those many racquets strung at the tournament, many went into the hands of Angelique Kerber (VCORE Si 100, POLYTOUR FIRE 120), who would go on to achieve her first Grand Slam victory. The team was on site for a majority of the month of January, stringing right from the early practice rounds through to the very end, across all disciplines ranging from the main singles and doubles events through to the junior and wheelchair tournaments.

Yonex is profoundly honored to have the opportunity to act as the official stringer for a Grand Slam tournament, especially the Australian Open. The team will build upon this years’ experience, and harness it looking forward towards next year’s tournament.

The Yonex Stringing Team is a global network of stringers rich with knowledge and proven skills. To allow players the best performance possible and provide customers with exceptional service, the team strives tirelessly to sharpen its expertise and techniques.

Supporting the Yonex international team of stringing experts is a state-of-the-art lineup of advanced, Japanese-engineered stringing machines. Armed with the industry’s leading knowhow, technique and cutting-edge equipment, the Yonex Stringing Team travels the world, offering their services at various high-profile tennis, badminton and soft tennis tournaments. The team’s storied experience includes carrying out official stringing service for tennis at the Beijing and London Olympics. With around 700 technicians worldwide, it is the largest stringing team* in racquet sports.

*Tentative value current as of February 1st, 2016; measured by Yonex.