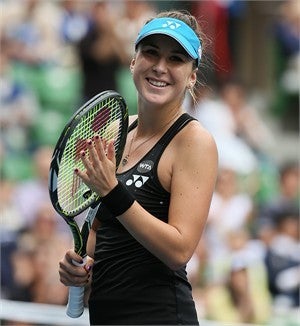 Along with contributing to her team’s big win, Belinda was named the women’s MVP for her outstanding performance. Matches in the International Premier Tennis League span across five different countries, and Belinda racked up an impressive five singles match wins—one over former World No. 2 Svetlana Kuznetsova—throughout the course of the league.

“So happy for getting the MVP award in #iptl2,” commented the 18-year-old Swiss on her Twitter account after being bestowed with the honor.