The store will not work correctly in the case when cookies are disabled.
Menu
Account
Settings
Currency
USD - US Dollar
The BNP Paribas World Team Cup Wheelchair Tennis tournament is currently being held in Tokyo, Japan. This year is special because it marks the first time since 2007 that the Japanese team has advanced to the finals. On May 26th they faced off against Great Britain, winning 2-0 to secure a spot in the final. They will face the No. 1 seeds France on the 28th for a shot at the nation’s third title at the tournament. 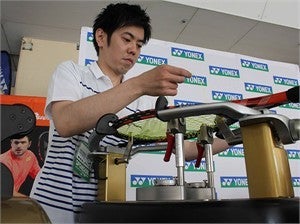 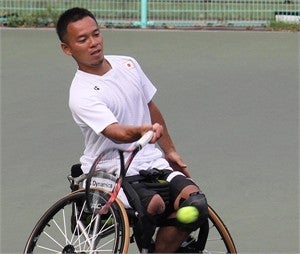 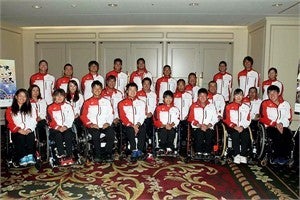 The semifinal against Great Britain on the 26th saw Takashi Sanada (VCORE Duel G 100, POLYTOUR PRO 125) compete for Japan, defeating Marc McCarroll in straight sets, 6-4, 6-1. “I am happy that I could score such a confident win against such a high-ranking player. While I was lead 3-4, I was able to turn things around with my forehand. I am happy that I could contribute to my team’s victory. I’ll give it my all against France next!” Takashi commented after his win.

Yonex is the official stringer for the BNP Paribas World Team Cup. At the tournament, we caught up with stringer Yuichi Ichikawa to get his thoughts on his craft. “There are many players who want their racquets strung at 30 pounds because it generates more spin,” he comments on players’ requests. Needless to say, the tournament has kept Yuichi busy, “During this semifinal, there was one point where I had to string 6 racquets in 90 minutes!”

The official Yonex Stringing Team website can be found here.