The store will not work correctly in the case when cookies are disabled.
Menu
Account
Settings
Currency
USD - US Dollar
The DUORA series will be getting a new addition this September with the introduction of the DUORA 6. Aimed at all around female players, the DUORA 6 offers the ability to hit effective clears and receives while also reducing shock on sensitive areas such as the elbow and wrist. 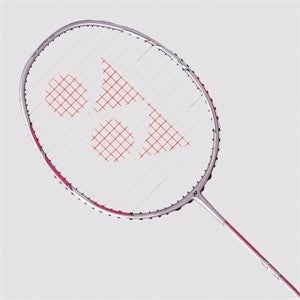 The secret to the DUORA 6’s robust shock absorbance lies in the new VIBSLAYER CARBON, a material which has been incorporated into the bottom-half of the frame. Made with ultra-thin layers of shock-absorbing material* between layers of carbon, players experience the same level of repulsion power generated by normal carbon with greatly reduced shock impact, cutting down on fatigue and stress on the body.

Utilizing the DUORA’s unique hybrid box and aero frame design, players are afforded great performance on their clears and receives. The forehand side of the racquet provides good hold mixed with swing speed to pull off long clears, while the backhand side grants players instant repulsion without the use of excessive power to fend off the opponent’s next attack.

With the DUORA 6, players can boost their game and reduce strain on their bodies, allowing one to stay on the court longer for a more enriching badminton experience.