The September issue of UK tennis magazine Tennishead saw another round of Racket Reviews, looking at 10 different sticks, bestowing five of them with awards. Following on from the EZONE DR 100 “Best for Power” award in the July issue, the EZONE DR 108 received the “Best for Feel” award in this month’s issue. 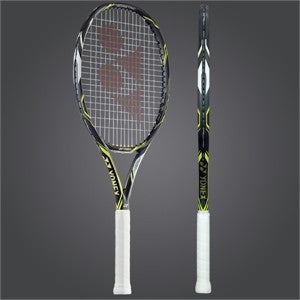 The selection this time around focused on game-improving racquets, with the EZONE DR 108 receiving high praise for its control. Reviews praised the racquet, stating that “it was easy to direct shots” with “impressive consistency.”


Team Yonex tennis stars Nick Kyrgios and Naomi Osaka both use racquets in the EZONE DR series, and have both spoke highly of the series. Nick, who already has two ATP World Tour Titles to his name, had this to say about the racquet “It generates power really easily, and has kept me out of injury for a long time.” Naomi remarked that “it gives me a great combination of power and control.”