The store will not work correctly in the case when cookies are disabled.
Menu
Account
Settings
Currency
USD - US Dollar
The Indonesia Open concluded on June 5th with victories for Team Yonex badminton players. 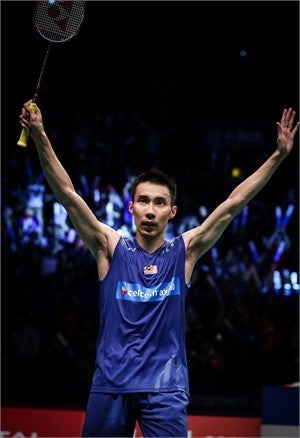 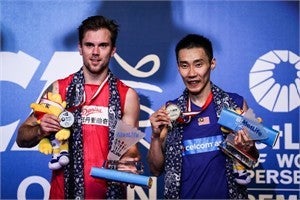 Lee Chong Wei (DUORA 10 LCW, POWER CUSHION 02 LTD) faced off against Jan O. Jorgensen (VOLTRIC 80 E-tune, POWER CUSHION COMFORT TOUR) in an all-Yonex men’s singles final. The Dane got the edge in the opening game to lead the match, and was on track to take the second. However, the Malaysian national hero refused to go down without a fight, grabbing four straight points to win the second game, and force a decider.

Ayaka Takahashi and Misaki Matsutomo won the women’s doubles crown, coming off of their victories at the Yonex All England Open and Yonex-Sunrise India Open. The pair defeated the Chinese pair of Tang Yuanting and Yu Yang 21-15 8-21 21-15.