The store will not work correctly in the case when cookies are disabled.
Menu
Account
Settings
Currency
USD - US Dollar
World No. 1 pair of Martina Hingis (EZONE DR 100, POLYTOUR PRO 125, POWER CUSHION ECLIPSION L) and Sania Mirza have secured their very first title on clay at the Internazionali BNL d'Italia. With this title under their belt, the two are poised to complete the “Santina Slam” if they can win the title at the upcoming Roland Garros Grand Slam. 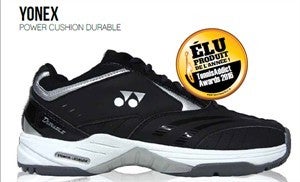 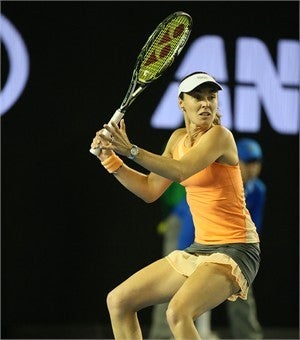 The duo went up against the Russian pair of Ekaterina Makarova and Elena Vesnina, quickly capturing the opening set. Their opponents would level the match in a tight second set, but with their fifth title of 2016 in sight, the two triumphed spectacularly in the tiebreaker. The final score came to 6-1, 6-7(5), 10-3. A force to be reckoned with at this tournament, the dynamic Swiss-Indian duo won all of their matches until the final in straight sets.

Yonex gear is back in the French magazine Tennis Addict! The latest issue of the magazine covered more affordable tennis footwear options from a number of companies, with the Yonex POWER CUSHION DURABLE2 coming out on top with the magazine’s Gold Medal. The shoe was praised as the “most comfortable” shoe tested, as well as the lightest. The shoe also received high marks in lab tests for shock absorption in the heel as well as the dynamism afforded to the forefoot. The shoe’s stability was praised as well.

This award comes upon a string of honors for Yonex tennis gear over the past couple of months. In its review of high-end footwear earlier in the year, Tennis Addict awarded the POWER CUSHION ECLIPSION—used by Martina Hingis and Stan Wawrinka—with its Gold Medal. Meanwhile, American Tennis Magazine also praised the POWER CUSHION ECLIPSION, awarding it with the editor’s choice award for “Best Stability.” The same magazine also awarded the VCORE Duel G 97 with the editor’s choice award for “Best Heavy Hitter.” Along with racquets and shoes, strings have also gotten attention, earning honors on StringForum.net once again this year.