The store will not work correctly in the case when cookies are disabled.
Menu
Account
Settings
Currency
USD - US Dollar
Naomi Osaka (EZONE DR 98, POLYTOUR PRO 130/TOUR SUPER 850) has been chosen as the 2016 WTA Newcomer of the Year. This year saw the 19 year old impress fans worldwide with her great accomplishments. She is the first Japanese player to ever win the award. 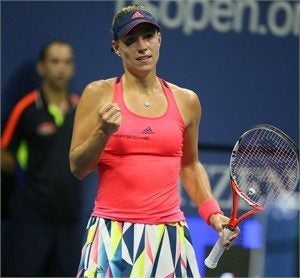 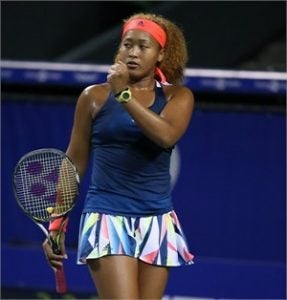 In a break-out year for Naomi, she advanced to the third round of three Grand Slam tournaments, and exhibited remarkable skills against Top 10 players. On the WTA tour, she became the first Japanese player to reach the finals at the Toray Pan Pacific Open since 1995. She also  reached the quarterfinals at the Abierto Mexicano TELCEL, Brasil Tennis Cup and Tianjin Open. Thanks to these results she has experienced an amazing rise through the rankings, standing tall at World No. 40 after ending 2015 at No. 203.

The WTA Newcomer of the Year award is decided through votes submitted by members of the media and fans, with initial nominees chosen by the WTA based on players’ achievements throughout the year.

The German, who has cemented her place as the WTA Year-End World No. 1, was resolute at the baseline with commanding footwork in the first-set tiebreaker, with a long forehand on the part of Cibulkova putting Angie a set ahead. The second set would see the two draw even, but Angelique made a remarkable comeback in the deciding set with more great court navigation and tough defense to win the match.

“I knew that I had to play my best tennis, and I really enjoyed the match today,” said Angie during her on-court interview.