The store will not work correctly in the case when cookies are disabled.
Menu
Account
Settings
Currency
USD - US Dollar
SPECIAL OFFER IN HONOR OF NICK KYRGIOS' FIRST ATP WORLD TOUR TITLE 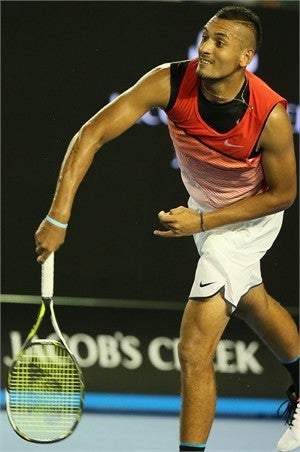 The un-seeded 20-year-old dominated throughout the tournament, winning all of his matches in straight sets, with his only tiebreaker coming in the final. He defeated Top 10 athletes Richard Gasquet and Tomas Berdych en route to the final match, becoming the first player under 21 to earn consecutive wins over Top 10 opponents since Juan Martin del Potro in 2009. He boasted a rock solid serve during the course of the entire week, not dropping it even once—the first first-time tour champion to do so in the Open Era.

His amazing serve would produce 17 sizzling aces in his final match against Grand Slam champ and No. 4 seed Marin Cilic. The youngster had his senior of 7 years sweating, rushing to a 3-1 lead after converting a break point. Nick’s Croatian opponent was looking to extend the match into three sets by going for his first break point, but the Canberra native saved it to lead the match to its climactic tiebreaker. Nick would win the match—and the tournament—with a dazzling ace. The final score came to 6-2, 7-6(3).

“I was serving really well all week. I didn't get broken once. That was the main thing that was good. And I was able to put pressure on my opponents' serves a lot when I was going through my service games really quickly," commented Nick on the official ATP website.