The store will not work correctly in the case when cookies are disabled.
Menu
Account
Settings
Currency
USD - US Dollar
The second week of Roland Garros 2016 is underway, and sees VCORE athletes Stan Wawrinka (VCORE Duel G 97, POWER CUSHION ECLIPSION) and Pierre-Hugues Herbert (VCORE Duel G 97, POLYTOUR FIRE 125) making excellent progress. Both players’ power-heavy games are supported by the VCORE Duel G. To get an idea of how the VCORE Duel G can boost your game, take a look at the promo video. 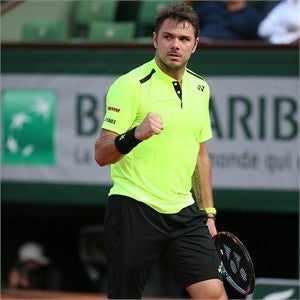 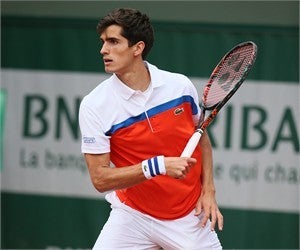 Stan the Man is into his second consecutive Roland Garros quarterfinal, where he will meet Albert Ramos-Vinolas of Spain. They met two weeks ago in the second round of the Banque Eric Sturdza Geneva Open, where Stan won 6-1, 6-1. Stan would go on to win the tournament, earning his first ATP World Tour title in his homeland. Stan holds a 6-0 record against the Spaniard, winning four of those matches in straight sets.

Meanwhile, local star Pierre-Hugues is into the third round of men’s doubles with Nicolas Mahut. The French pair and No. 1 seeds will face Spanish pair Feliciano Lopez and Marc Lopez, their gazes fixed on their first Roland Garros title.

Pierre-Hugues is also into the mixed doubles quarterfinal with French Kristina Mladenovic as the No. 3 seeds. They are up against the No. 8 seeds from the US, CoCo Vandeweghe (EZONE DR 98) and Bob Bryan.

Keep your eyes peeled for more action as this year’s Roland Garros continues.