The store will not work correctly in the case when cookies are disabled.
Menu
Account
Settings
Currency
USD - US Dollar
The Xiamenair Australian Open concluded on June 12th, with India’s Saina Nehwal (NANORAY 900, POWER CUSHION 02 LADIES) crowned as this year’s champion. India’s No. 1 female player went up against China’s towering Sun Yu in a thrilling full-game final. 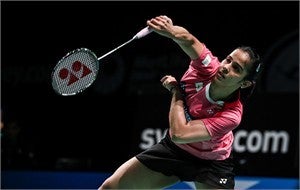 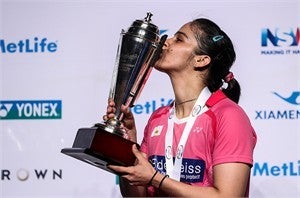 Saina was a forced to be reckoned with at this year’s tournament, dominating from round 1 until the semifinal in without dropping a game. She defeated the tenacious No. 4 seed Wang Yihan from China 21-8 21-12 in the semifinal, and got the edge over World No. 4 Ratchanok Intanon (VOLTRIC 70 E-tune, POWER CUSHION 02 LADIES) 28-26 21-16 in the preceding quarterfinal match.

The Indian went into the final with her gaze set on another trophy to sit next to the one she earned in the 2014 edition of the tournament. Despite dropping the opening game, Saina came roaring back with explosive serves that left the Chinese with little answers. Saina would come through victorious with a final score of 11-21 21-14 21-19.

“I knew she would crack. How many hard smashes can you pick up?” commented on the official BWF website, speaking of her ferocious power-game.