The store will not work correctly in the case when cookies are disabled.
Menu
Account
Settings
Currency
USD - US Dollar
Yonex kicked off the 2016 US Open in style with an exclusive launch event for the new VCORE SV tennis racquet on Friday, August 26th. 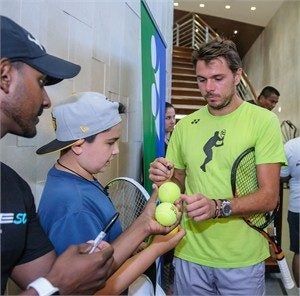 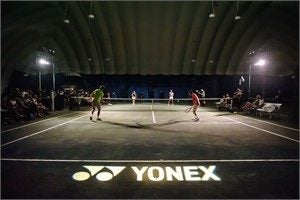 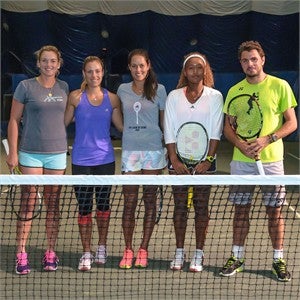 Going Head-to-Head with the Pros

Held at the City View Racquet Club in New York, the event welcomed approximately 80 specially chosen fans who gathered to try out the new racquet. Fans went head-to-head with the VCORE SV, and had many positive things to say after a few rounds with the new stick.

Team Yonex super stars then took to the court for a thrilling exhibition match, dazzling fans with their skills. The fans then received the chance of a lifetime, getting the opportunity to go face-to-face with the pros on the court. Closing off the event was a reception party held in the club lounge featuring on-stage interviews with the players.

Keep an eye out for a video of the event coming soon!


Looking ahead at the US Open

Day 1 sees Australian Open champ and No. 2 seed Angelique Kerber go up against Polona Hercog of Slovenia, and No. 24 seed Belinda Bencic go up against local contestant Samantha Crawford. No. 3 seed Stan Wawrinka goes up against Fernando Verdasco of Spain in day 2, while No. 14 seed Nick Kyrgios faces English Aljaz Bedene.

Stan and Belinda are both backed up by Yonex apparel, keeping them cool under the hot summer sun.