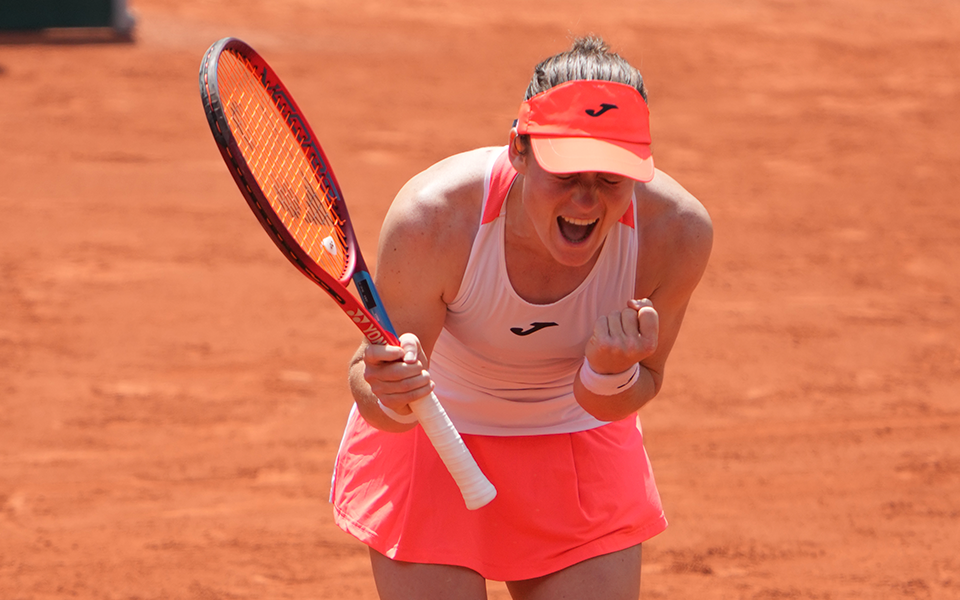 PARIS – In a battle of nerves for two first-time Grand Slam quarterfinalists, Tamara Zidansek (SLO) came out on top in just under 2.5 hours with a 7-5, 4-6, 8-6 victory over Paula Badosa.

The current World No. 85 quickly went down 0-3 to start the match, but after a 40-0 hold in the fourth game, she started to find her rhythm and put the pressure back on Badosa. Zidansek took her first lead of the match at 5-4 and broke Badosa to close out the first set 7-5.

Zidansek started to build momentum with an early break and being up 7-5, 4-2, but closing out Badosa was not going to be an easy task. Badosa, also unseeded, reeled off the next four games to push the match to a decider.

Badosa broke Zidansek to open the third set, but the 23-year-old was able to level the match at 2-2, relying heavily on her powerful forehand to control the court. The pair held serve to push the match into overtime, where Zidansek escaped 8-6 to extend her record to 3-1 in matches that pass 6-6 mark.

Zidansek, who was a three-time junior national snowboarding champion, is proving that her decision to focus on tennis at the age of 12 is paying off. She is two victories away from a Grand Slam title.