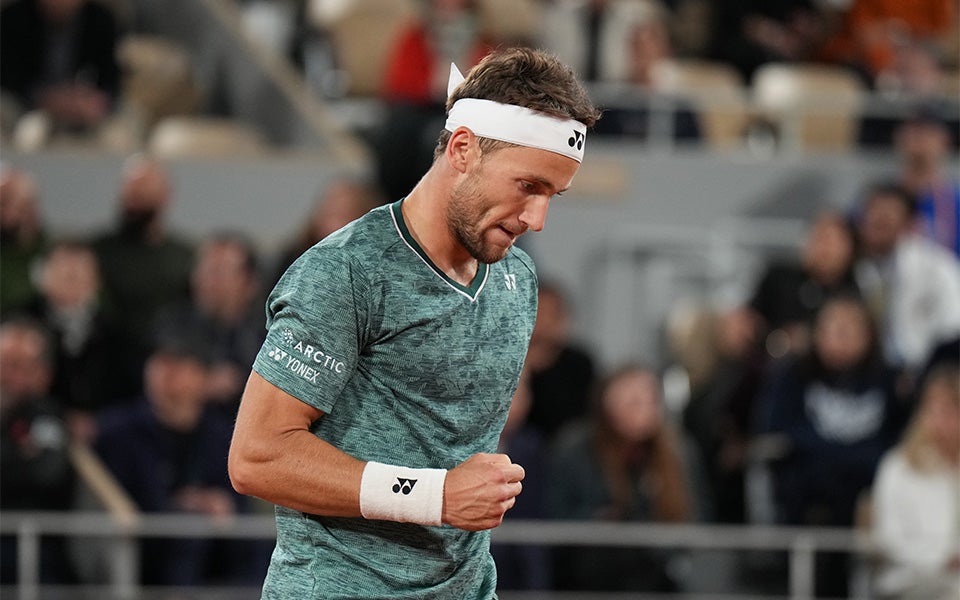 PARIS – [8] Casper Ruud (NOR) had never made it past the fourth round of a Grand Slam in 19 attempts leading up to this year’s Roland-Garros.

In his 20th major appearance, Ruud won his quarterfinal match, then his semifinal, and will now be seeking his first Grand Slam title on Sunday against 13-time Roland-Garros Champion Rafael Nadal, who is 13-13 in Roland-Garros finals.

Against [20] Marin Cilic in the night session on Friday’s semifinal, Ruud needed a set to settle down. The veteran Cilic was 2-for-2 on breakpoint opportunities and hit 15 winners to Ruud’s three in the opening set.

As the match went on, Ruud continued increasing his level. He got the break he was looking for early in the second set to shift the momentum and eventually evened the match at one-set all.

Ruud showed why he leads the Tour in matches won on clay in the past two years. He played nearly flawless in the next two sets to advance with a 3-6, 6-4, 6-2, 6-2 victory.

AROUND THE GROUNDS
The women’s doubles final will feature the 2016 champions from France - Caroline Garcia and Kristina Mladenovic – against the American duo Jessica Pegula (USA) and Coco Gauff. It is Garcia’s third major final’s appearance in doubles, while it is Pegula’s first.

On Thursday, Ena Shibahara (JPN) won her first major title with a straight-set victory in the mixed doubles division. Shibahara, ranked no. 8 in women’s doubles, teamed up with Wesley Koolhof for the title.

[9] Lucie Havlickova (CZE) will compete in the girls’ singles final on Saturday. She will then team up with her partner Sara Bejlek and play Celine Naef (SUI) and Nikola Bartunkova for the doubles title later that day.

After playing each other in the singles’ final, Fernandez and Kunieda will partner to take on top-seeded Alfie Hewett and Gordon Reid in doubles.

In women’s wheelchair, [1] Diede de Groot (NED) will be going for her 27th and 28th Grand Slam title, after advancing to the singles and doubles final on Saturday.