The store will not work correctly in the case when cookies are disabled.
Menu
Account
Settings
Currency
USD - US Dollar
In commemoration of YONEX working as the official stringer for the Australian Open as of 2016, the tournament’s trophies were put on display at the YONEX booth for a limited time. Many visitors to the booth took pictures of the trophies, with some striking poses in front of them. 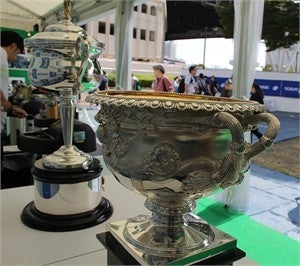 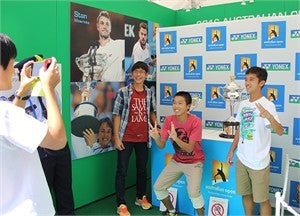 Additionally, Martina Hingis paid a quick visit to the YONEX booth during the tournament before heading off to China to compete at the Guangzhou Women's Open. With the Australian Open trophies on display behind her, the 2015 Women’s and Mixed doubles champion spoke in front of fans, praising YONEX racquets for how they have helped her throughout her illustrious career. She then signed autographs and took pictures.