The store will not work correctly in the case when cookies are disabled.
Menu
Account
Settings
Currency
USD - US Dollar
Naomi Osaka (EZONE DR 98, POLYTOUR PRO 130/TOUR SUPER 850) has plowed through into the Toray Pan Pacific Open quarterfinals. The up-and-coming talent earned her biggest win to date, defeating World No. 12 Dominika Cibulkova. 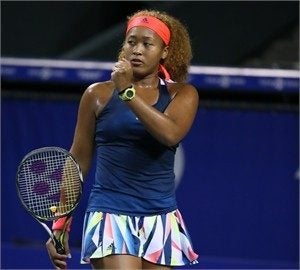 Naomi dominated on the court with her ferocious service game, firing off 7 aces. Naomi was also keen to read Cibulkova’s serve, doing well to keep one step ahead of her opponent. The teenager’s aggressive play left her opponent with little in the way of answers, and came out on top with a final score of 6-2, 6-1 in just over an hour.

This mark’s Naomi’s third win over a Top 20 player, triumphing over Sara Errani and Samantha Stosur in the past.