The store will not work correctly in the case when cookies are disabled.
Menu
Account
Settings
Currency
USD - US Dollar
The Tokyo Pan Pacific Open commenced in Tokyo on September 21st, with YONEX’s lineup of top players making waves in the opening stages of this year’s tournament. 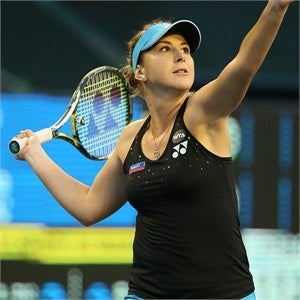 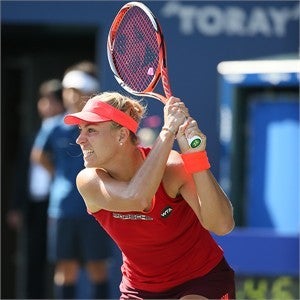 Since arriving in Tokyo, Belinda Bencic (EZONE DR 100, POLYTOUR HS 125) has exhibited stunning performance, soaring into the tournament’s quarterfinals. The 18-year-old Swiss blazed through her first round match in less than 45 minutes, securing a double bagel win over Xu Yi-Fan. The second round saw the World No. 15 meet Australia’s Samantha Stosur in an intense encounter that lasted over two hours. The Swiss dropped the first set after a narrow tiebreaker, but powered back in the second set, grabbing eight games to break through into the third set with a 4-0 lead. The 2015 Rogers Cup winner resolutely served out the match, clutching a 6-7(5), 6-3, 6-4 win.

Angelique Kerber (VCORE Si 100) is also into the quarterfinals with two confident wins. The German was put up against Daria Gavrilova (EZONE DR 100, POLYTOUR PRO 125) in the first round, winning against the rising star at 6-2, 6-2. The second round saw her clash with American Madison Brengle, the World No. 9 briskly securing the last two sets after dropping a tight opener. Angie secured seven break points on her way to a 5-7, 6-1, 6-0 victory.