The store will not work correctly in the case when cookies are disabled.
Menu
Account
Settings
Currency
USD - US Dollar
Team VCORE continues their journey deep into this year’s Wimbledon Championships. Angelique Kerber and Pierre-Hugues Herbert are impressing on the grass, their hard-hitting performance backed up the VCORE series. 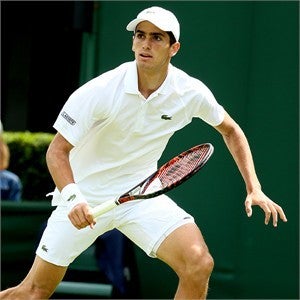 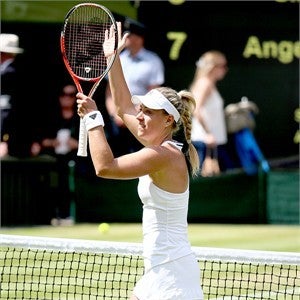 Australian Open champion Angelique Kerber (VCORE Si 100, POLYTOUR FIRE 120) has another title in her sights after defeating No. 5 seed Simona Halep to reach her first Wimbledon semifinal since 2012.

The 90-minute quarterfinal showdown was a brutal exchange of raw power. In the face vicious barrages, the German fought back with explosive returns, breaking her opponent a total of seven times throughout. The second set would see the hard-hitting German confidently control long rallies from the baseline, keeping her opponent on the run. Despite the second set running through to a tiebreaker, Angie dominated with overwhelming power, forcing error after error on the Romanian. Angelique advanced to the semifinal with a final score of 7-5, 7-6(2).

Angie has not dropped a set once on her way to the semifinal, and 2016 marks the first time she has reached a Grand Slam semifinal two times in the same season. She faces American Venus Williams in her next match.


No. 1 Seeds Grab Another Win

In men’s doubles, No. 1 seeds Pierre-Hugues Herbert (VCORE Duel G 97, POLYTOUR FIRE 125) and Nicolas Mahut advanced to the quarterfinals after a tense duel with Sam Groth and Robert Lindstedt. In the face of heavy service games, Pierre and his partner maintained strength in their return games, the final score coming to 7-5, 3-6, 7-6(4), 6-3.