The store will not work correctly in the case when cookies are disabled.
Menu
Account
Settings
Currency
USD - US Dollar
Pierre-Hugues Herbert (VCORE Duel G 97, POLYTOUR FIRE 125) and partner Nicolas Mahut secured their second Grand Slam title and first trophy at Wimbledon in a historic all-French men’s doubles final—the first in the Open Era at the All-England Club. 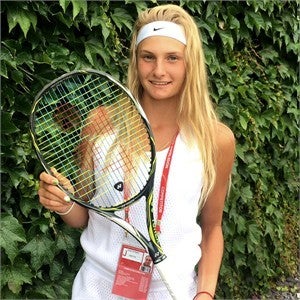 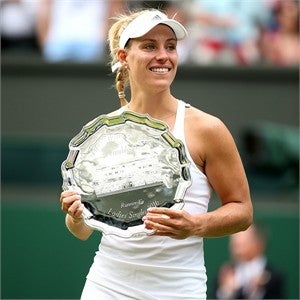 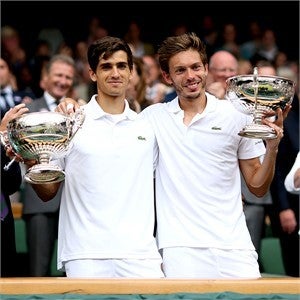 Armed with the ball-crushing VCORE Duel G, Pierre-Hugues supported his partner by way of his aggressive game. The 25-year-old Frenchman was keen at net, exhibiting excellent reflexes, reacting to his opponents’ moves with acute foresight. He also boasted fine returns from the ad court, playing a pivotal role in earning the team’s three important break points. It was the final break point of the match which set up three straight game wins for the team, winning them the match in straight sets, 6-4, 7-6(1), 6-3.

The pair now has five titles to their name this year with this win. The team won three ATP World Tour Masters 1000 events, and defended their title at Aegon Championships ahead of Wimbledon.

Angelique Kerber (VCORE Si 100, POLYTOUR FIRE 120)  made an amazing run to her very first Wimbledon final. The hard-hitting German powerhouse didn’t drop a single set on her glorious journey to the final against Serena Williams. Angie was on fire right from the get-go, and hit one of the most impressive shots of the match. Placing as finalist at the tournament, Angelique regained her World No. 2 ranking and remains at No. 2 in the Road to Singapore.

Meanwhile in junior tournaments, 16-year-old Dayana Yastremska (EZONE DR 100, POLYTOUR SPIN/POLYTOUR PRO 125) from Ukraine placed as the girls’ singles finalist. She defeated No. 1 seed Olesya Pervushina in a tense 7-6(4), 6-7(2), 6-3 encounter to book her place in the final.

VCORE players Pierre-Hugues and Angelique have both pulled off impressive results at this year’s Wimbledon Championships. Both players excel on the court with aggressive, power-heavy games, perfectly complimented by their VCORE racquets. Both players have also started using the POLYTOUR FIRE string as of this year, putting extra spin on their shots.