The store will not work correctly in the case when cookies are disabled.
Menu
Account
Settings
Currency
USD - US Dollar
This year’s Wimbledon has seen fine first round matches for EZONE DR players. Nick Kyrgios (EZONE DR 98, POLYTOUR PRO 120) amazed the crowd with a stylish opening match in which he pulled off a head-turning between-the-legs lob that flew over opponent Radek Stepanek’s head, landing just within the baseline. Daria Gavrilova (EZONE DR 100, POLYTOUR PRO 125) and CoCo Vandeweghe (EZONE DR 98) also made it through their opening rounds in stellar fashion—CoCo advancing in straight sets. 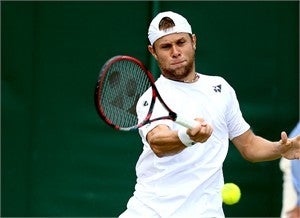 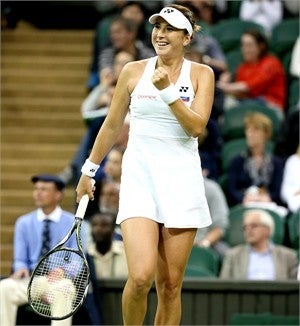 June 29th would seed more success for the members of Team EZONE DR. Due to weather circumstances, Belinda Bencic (EZONE DR 100, POLYTOUR PRO 125) found herself competing on Centre Court for her opening match. She shone brilliantly, earning a confident win over former Wimbledon semifinalist and grass specialist Tsvetana Pironkova. The 19-year-old Swiss boasted amazing service, strokes, and navigation of the court. Wasting little time in the opening set, Belinda rushed to a 5-1 lead. Pironkova attempted to force four breaks, but Belinda remained cool and collected, blocking all of them. She would win the set with a forehand winner.

The Swiss would continue to dominate going into the second set, claiming victory when Pironkova sent the ball flying into the net. Belinda had met Pironkova in the first round last year, where she required three sets to defeat the Bulgarian. This time she only needed two, the match ending with a final score of 6-2, 6-3. “I was confident that at some point my game will all come together, and that was the case today,” commented Belinda on the official Wimbledon website after her match. This is the Swiss’ third time advancing to the second round of Wimbledon in her three appearances at the tournament.


History Made for Moldova

On the men’s side Radu Albot (VCORE Tour F 97, POWER CUSHION ECLIPSION) made history for his nation of Moldova, becoming the first Moldovan to ever win a Grand Slam tennis match in the main draw. The World No. 110 came back from a set down to defeat World No. 92 Gastao Elias of Portugal, grabbing 5 break points en route to 3-6, 6-2, 7-5, 6-4 victory.