The store will not work correctly in the case when cookies are disabled.
Menu
Account
Settings
Currency
USD - US Dollar
YONEX OPEN JAPAN 2016 starts today! This year’s tournament once again welcomes top badminton talent from around the world to the Japanese capital. 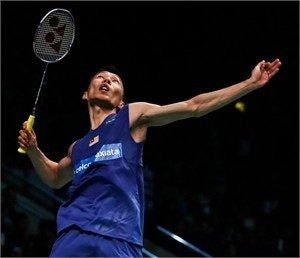 Right at the top of the list in men’s singles is Lee Chong Wei (DUORA 10 LCW, Yonex Shoes). Back at World No. 1, the Malaysian national hero has been on a roll since the beginning of this season, picking up two Superseries Premier titles at the Malaysia Open and Indonesia Open. The Danes are also out in full force, with 2016 European Championships Gold Medalist Viktor Axelsen (ARCSABER 11, POWER CUSHION 65) and Indonesia Open finalist Jan O. Jorgensen (VOLTRIC 80 E-tune, POWER CUSHION COMFORT TOUR) set to compete. Chong Wei has his sights set on a sixth YONEX OPEN JAPAN title, while Viktor and Jan are looking to win their first.