The store will not work correctly in the case when cookies are disabled.
Menu
Account
Settings
Currency
USD - US Dollar
YONEX is kicking off 2016 at the first Grand Slam of the year: The Australian Open. As Official Stringing Partner of the Australian Open for 2016, top stringers have already touched down at the site on January 8th, and are hard at work. The YONEX Stringing Team will be at the venue providing the best stringing service so players can compete at their absolute fullest. 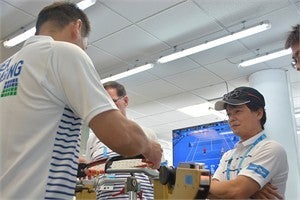 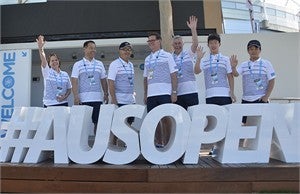 The team assembled for this year’s Australian Open brings together 23 stringers from 12 different nations. Leading the team is stringing veteran Mark Maslowski, who has strung at a great number of Grand Slams and holds vast experience on both the ATP and WTA tours.


About the YONEX Stringing Team

The YONEX Stringing Team is a global network of stringers rich with knowledge and proven skills. To allow players the best performance possible and provide customers with exceptional service, the team strives tirelessly to sharpen its expertise and techniques.

The YONEX Stringing Team is active at several tournaments worldwide across tennis, badminton and soft tennis, providing support for the world’s top players, as well as offering the best stringing service to customers.