Day 7 of the US Open brought the fourth round of Men’s and Women’s Singles. Sixteenth seed Anastasija Sevastova advanced into the last 8 after a 3 set win against former World No. 1 Maria Sharapova. Although losing the first set, Anastasija pulled back the second set and closed out with a convincing 6-2 in the final set. Commenting on her switch to the new EZONE racquet, “The power is much better along with the control and feel of the ball. When you hit the ball in the sweet spot, it feels much better than the EZONE DR.” she reported. Men’s Singles saw Denis Shapovalov advance to the fourth round in his first US Open bid. The young Canadian fought valiantly against No. 12 seed, Pablo Carreño Busta, but the Spanish veteran edged out the Canadian in all of the 3 tiebreak sets. 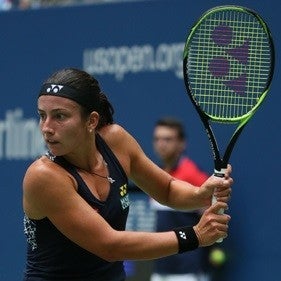