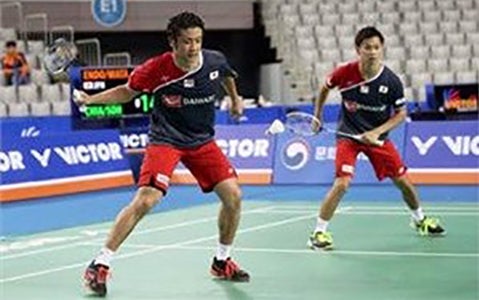 SEOUL, Korea — As the Korea Open concluded on September 30th, national hero Lee Yong Dae (KOR) may not have been in the finals, but he was enthusiastically supported by the home crowd before making his exit in the quarterfinals. In all, #TeamYonex made yet another strong showing, taking home gold in three of five categories.

Badminton legend Lee Yong Dae returned to the Korea Open for the first time since 2016, along with his partner Kim Gi Jung, in men’s doubles and was welcomed back by an exuberant crowd. Following their triumph at the Spanish Master’s, they were unfortunately not able to repeat here in Seoul, though they made it to the quarterfinals, after defeating the World No. 4 pair of Takeshi Kamura and Keigo Sonoda (JPN).

In men’s singles, Chou Tien Chen (TWN) powered past Indonesia’s Tommy Sugiarto in an all-Team Yonex final for his third tour title of the year, winning 21-13, 21-16 in 39 minutes.

And in men’s doubles, Hiroyuki Endo (JPN) and Yuta Watanabe (JPN) made an outstanding comeback against their countrymen Takuro Hoki and Yugo Kobayashi 9-21, 21-15, 21-10. It is Endo’s first major World Tour (formerly Superseries) title.