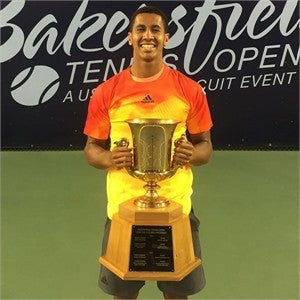 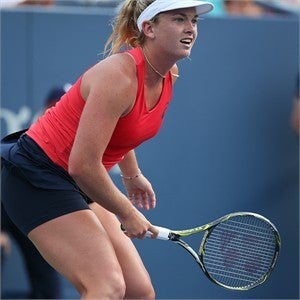 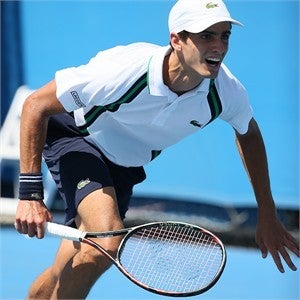 Both Pierre-Hugues and Michael are competing with the new VCORE Duel G, this latest edition of the VCORE series which delivers solid speed and power with an added boost in spin. Swiss World No. 4 Stan Wawrinka (VCORE Duel G 97, POWER CUSHION ECLIPSION) recently won at the Dubai Duty Free Tennis Championships with the new racquet. CoCo is taking to the court with the EZONE DR, the next evolution in the EZONE series. The racquet provides increased ball speed and easier access to power to decisively seal points.

Pierre-Hugues and partner Nicolas Mahut earned their maiden title at Indian Wells, with a straight-sets 6-3, 7-6(5) win over defending champs Vasek Pospisil and Jack Sock. Pierre-Hugues had the distinction of standing front and center for the match’s major points. He secured set 1 for the pair with a huge overhead, while his explosive return on championship point in the tiebreaker would see American Sock hit it back out of bounds. "We knew from the beginning that we needed to be playing our game 100 per cent, be aggressive, and not let them play, so that's what we did," commented Pierre-Hugues on the official ATP website.

CoCo and fellow American partner Bethanie Mattek-Sands were happy to win on their native soil against Julia Goerges and Karolina Pliskova. Backed by the cheers of local fans, and supported by CoCo’s lethal serve, the pair powered back from a set down to secure victory at 4-6, 6-4, 6-10. "It's pretty special for me. It's my first doubles title, and to win it on home soil with an American is very special," commented CoCo on the WTA website. This was the first WTA event the two Americans paired up for.

Elsewhere in California, Michael triumphed over Norwegian Casper Ruud 6-4, 6-7, 6-1 in his second Futures final of the year. Earning his first title of 2016, the teenager received a wildcard to play in the main draw of the Miami Open, currently underway in Florida.

Photo of Pierre-Hugues taken at 2016 Australian Open. Photo of CoCo taken at the 2015 US Open.