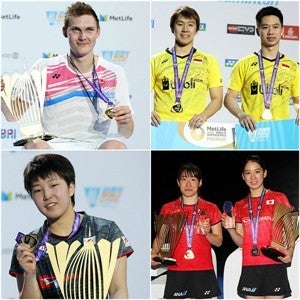 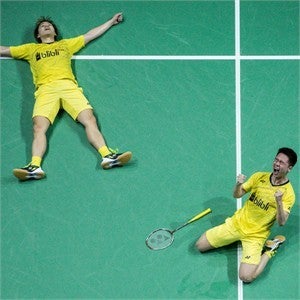 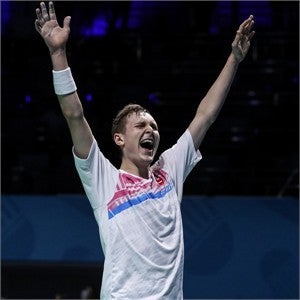 Among 16 finalists, 12 players were using Yonex products. In the men’s singles, Axelsen was only the second player in history to win consecutive titles in the result of matches with Lee Chong Wei (Malaysia) and Srikanth Kidambi (India) from the first seed, two very strong opponents. The final against Chong Wei was a win from behind with 19-21, 21-19, 21-15. In the end, he spread his arms on the court to celebrate his victory.

Gideon/Kevin showed their strength at the final doubles game! After the come-from-behind win at the preliminaries, the pair won the final game in just 39 minutes against the Chinese pair, ranked 4th in the world. It will be remembered as one of the best performances of the year. The three players, including Axelsen, fought it out with the POWER CUSHION 65Z, which supported the top players’ fierce footwork. Axelsen commented after the game: “It increases the stability and helps not to lose my balance.”

The women’s category was all-Japanese players. Yamaguchi triumphed over a series of tough matches with her first victory. The final game of the doubles championship was a straight victory of Yonemoto/Tanaka against Yuki Fukushima/Sayaka Hirota (Japan), also their first title full of joy.