Paris, France — Pierre-Hugues Herbert (FRA) and Nicolas Mahut (FRA) pave their way to the French Open Men’s Double Finals after a June 7th straight-sets victory (6-3, 6-4) over Alexander Peya (AUT) and Nikola Mektic (CRO). Hopes and expectations are on the rise as a third VCORE PRO wielding athlete makes a run at a Grand Slam title. 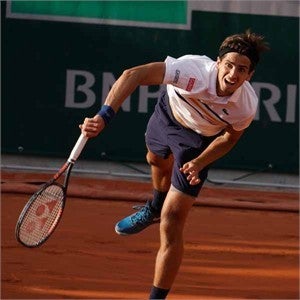 In their four doubles attempts thus far, the pair has only managed to make it as far as the fourth round together, and third round in singles play. This season with the support of the new VCORE PRO, Herbert may have found his moment to shine.

“I changed to it at the beginning of the year and I loved it (immediately).” Herbert enthusiastically described. “This is my best result ever with Nicolas and we’re hoping to win...” With the expectations of the local French, these hometown boys are setting a new precedent for Frenchmen at Roland Garros.