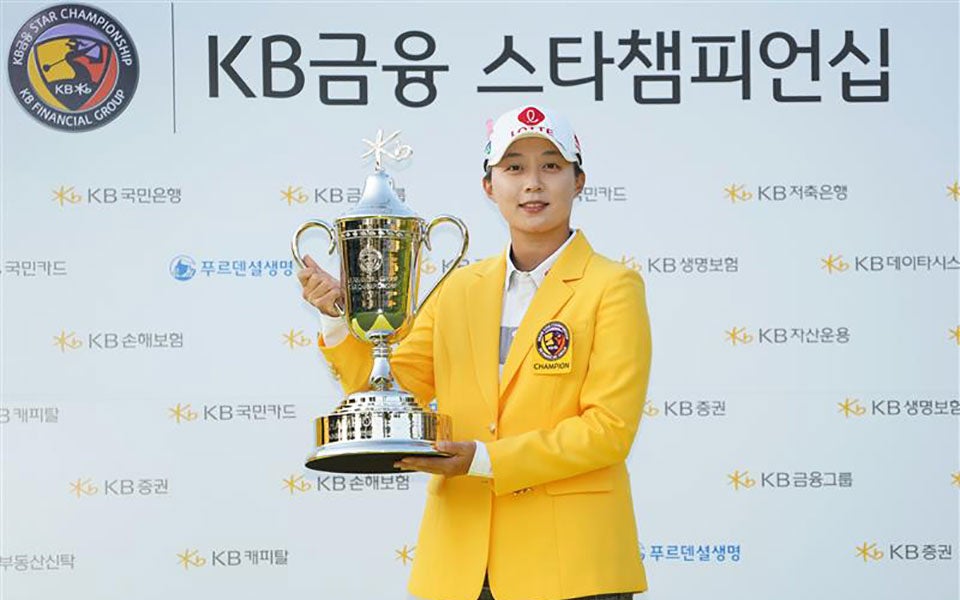 INCHEON, Korea―25-year-old three-time LPGA Tour winner, Hyo Joo Kim (KOR) captured the KB Financial Group Star Championship, the KLPGA’s final major championship of the season. Hyo Joo finished 8 shots clear of her closest rival to claim her twelfth career title on the KLPGA Tour moving her to the top of the KLPGA rankings for the year.

The distance afforded by her EZONE GT driver and the distance control of the EZONE CB701 and CB501 forged irons, helped her to maintain a strong performance at this year's event. Hyo Joo led wire to wire shooting rounds of 66-69-69-75 to finish well ahead of the field.

Thanks to Hyo Joo’s performance in this tournament, she is now ranked first in the Korean Women's Tour in both prize money and average score.

We look forward to Hyo Joo Kim’s future success and are excited to continue supporting her with top of the line Yonex clubs and shafts.