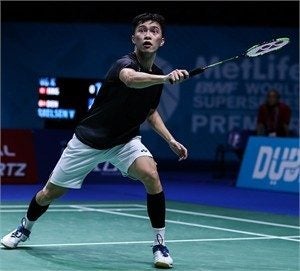 2016 Australian Badminton Open champion Saina Nehwal (NANORAY 900, POWER CUSHION 02 LADIES) won her first title of the year, defeating Pornpawee Chochuwong (NANORAY Z-SPEED) in a tense 46 minute affair. While the match was quite close, Saina prevented her opponent from forcing a third game, and earned a straight 22-20 22-20 win. The No. 1 seed at the tournament, she won all of her matches in straight games.

Ng Ka Long Angus (DUORA 10, POWER CUSHION COMFORT TOUR) of Hong Kong won in men’s singles, earning a straight 21-18 21-15 semifinal win against Indonesian Anthony Sinisuka Ginting to book a spot in the final. The No. 1 seed would go on to face Korean Lee Hyun Il in a final match that lasted three games. Angus was declared the winner when his opponent retired, 14-21 21-15 10-9.

There are still a number of Grand Prix Gold events until the Yonex All England Open Badminton Championships in March, so be sure to keep your eyes on Yonex players!