In the youngest semifinal at the U.S. Open since 2009, 20-year-old Naomi Osaka (EZONE 98 / POLYTOUR PRO 125 / REXIS 130) defeated 23-year-old Madison Keys under a closed roof at Arthur Ashe Stadium. With her win, Osaka became the first Japanese player in the Open era to ever reach a Grand Slam final. 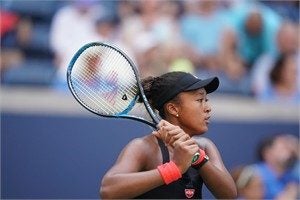 Osaka saved all 13 breakpoints she faced and made 70 percent of her first serves to advance with a 6-2, 6-4 victory. When asked after the match what her motivation was she quipped, “I just really wanted to play Serena.”

Serena Williams, who defeated Anastasija Sevastova in the first semifinal of the night, will be Osaka’s opponent in the finals on Saturday. The six-time U.S. Open Champion “is the main reason why (Osaka) started playing tennis.”

In their only other meeting, Osaka defeated Williams in straight sets at the Miami Open earlier this year. The finals will be played on Saturday, September 8 at 4:00 p.m. EDT.