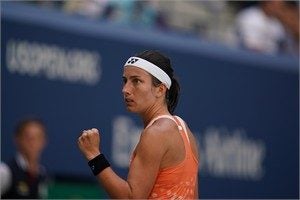 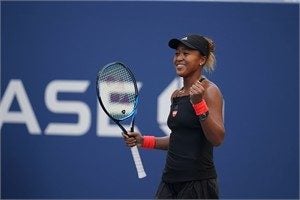 Sevastova’s opponent was Sloane Stephens, who was on an 11-match winning streak at the Open - dating back to her title last year - and the third-ranked player in the world. The reigning champion also knocked Sevastova out of last year’s tournament in a grueling three-set match. “It was a tough loss last year, but look what happened now,” said Sevastova.

Now, Sevastova is moving on to her first career Grand Slam semifinal. The Latvian dazzled with dropshots and slices en route to a commanding 6-2, 6-3 victory.

She will play six-time U.S. Open Champion Serena Williams (USA) in the first semifinal on Thursday.

Although Naomi Osaka (EZONE 98 / POLYTOUR PRO 125 / REXIS 130) said her entire body was shaking during her first Grand Slam quarterfinal, she showed no outward signs of nerves. The 20-year-old dismantled Ukraine’s Lesia Tsurenko in 57-minutes, which marks the third time this tournament Osaka completed her match in under an hour.

Osaka only dropped six points on her serve and was efficient on her break point opportunities. “I fought for every point,” said Osaka after her 6-1, 6-1 victory. “I think that’s something that I’ve struggled with in the past, but I think I’ve matured a little bit.”

Check out who’s moving on to the semifinals from #TeamYonex: