LONDON – [10] Denis Shapovalov (CAN) and [14] Hubert Hurkacz (POL) have advanced to the semifinals of a major for their first time in their careers.

Shapovalov’s aggressive style paid off. The Canadian fired 17 aces and hit 59 winners, 28 more than Khachanov, and the longest rally of the match was only 15 shots.

In the third set, neither player seemed to have an edge until 5-5. Khachanov saw his first break point opportunity and took it to go up 6-5 and serve out the set.

But that was the last break point opportunity for Khachanov in the match. Shapovalov roared back in the fourth. He limited his unforced errors to just four and won all six of the points when he came to the net. A first-time semifinal appearance for the pair would be decided in a fifth set.

In the decider, the players held serve routinely until 4-4, where Shapovalov said he may have played the craziest game of his life.

The Canadian thought he won the game with a forehand approach shot, but it was called out and confirmed with a challenge. Then the nerves started to creep in. After Khachanov saved another break point, there were four straight unforced errors, ending with a forehand miss by Khachanov, to give Shapovalov a chance to serve out the match.

Shapovalov appeared calm in the final game. Five points later, the 22-year-old fell to the ground in relief knowing he reached a career milestone. Shapovalov plays World No. 1 Novak Djokovic on Friday for a spot in the finals.

Hurkacz took Centre Court in the second match of the day against his childhood hero, [6] Roger Federer. He had a big smile on his face when he walked onto court, but he showed early on, he was all business.

The Pole broke Federer, an 8-time Wimbledon Champion, in the 6th game of the match and dropped just six points on his serve in the opening set to take it 6-3.

Hurkacz went down a break early in the second but fought back and outplayed Federer in the tiebreak to take a 2-set lead and never lost a game the rest of the match. 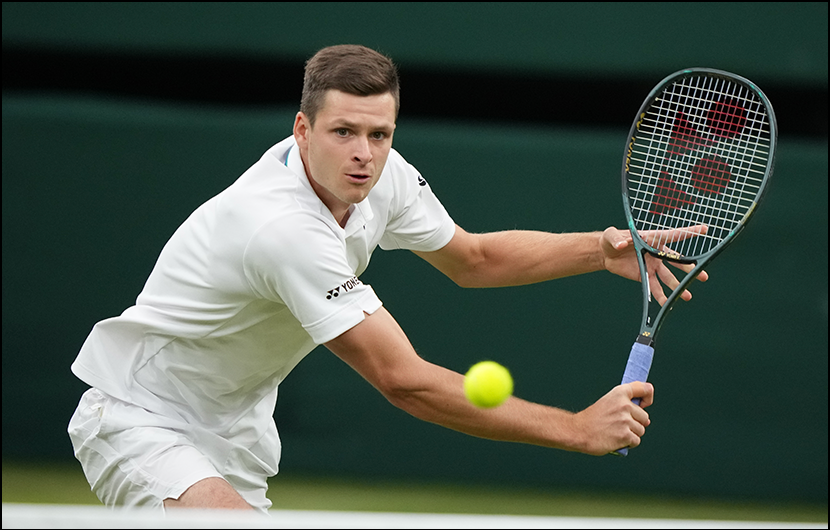