MELBOURNE, Australia – Grand Slam tennis is all about adapting.

Four seasons of weather have descended over the first four days of play at the Australian Open to begin the tournament, as players have navigated heat, rain, wind, long delays – and difficult matches.

Team Yonex players have shown electrifying performances as the first major of the 2023 season heads to its halfway point. Here are some their highlights from the opening two rounds.

Tenth seed Hubert Hurkacz (POL) had a long wait on Wednesday, as a constant drizzle settled over Melbourne Park. He took to a windy and cool Court 3 shortly after 9pm against Italian Lorenzo Sonego, dropping the first set, 6-3.

But the turning point for “Hubi” came at 3-3 in the second set tiebreak, as Hurkacz rifled a forehand winner from a defensive position. He’d win the next three points in a row to capture the second set. But Sonego would steal back the third, leaving the 6-foot-5 Pole in need to win both the fourth and fifth sets.

He would do just that, hitting nine aces among 45 winners in the match to capture the three-hour, 53-minute seesaw battle at 1 am, making it a match that started one night... and ended the next morning.

The reigning winner at the All England Club, Elena Rybakina (KAZ), strode onto John Cain Arena court with a new Yonex racquet, the VCORE, at around the same time as Hurkacz walked on to Court 3. Rybakina, however, was back in the locker room much earlier than her Yonex teammate, dominating from the baseline with sharp strokes to beat Kaja Juvan 6-2, 6-1 in just 58 minutes.

Rybakina lost just three points on first serve in the match, and didn’t face a break point all night.

Vekic storms into the 3rd round

Playing in her 11th consecutive Australian Open, Croatian Donna Vekic (CRO) saw her hard work from round one pay dividends in round two. Having escaped little-known qualifier Oksana Selekhmeteva 6-2, 2-6, 7-6 in nearly three hours in her tournament opener, the 26-year-old was grooved in for round two.

She started hot versus 18th seed Liudmila Samsonova, one of the form players of 2022, and then never looked back. Vekic hit 10 winners and only eight unforced errors in a dazzling display, winning 6-3, 6-0 to advance to the third round for a third time in four years at the AO.

Ben Shelton (USA) had never traveled outside the U.S. before this trip Down Under – and now he’s made his way into his first-ever round of 32.

The 20-year-old, who was the NCAA college champion at Florida in the last year, made his major debut at the US Open in August but couldn’t escape out of the first round. After surviving a roller-coaster first round five-setter over Zhang Zhizhen, Shelton found another gear, winning in straight sets over big-serving Nicolas Jarry of Chile, 7-6, 7-6, 7-5.

Shelton is the son of Bryan Shelton, a former top 60 player on the men’s tour, and the man who introduced his son to the sport. "I wasn't an amazing tennis player growing up," Ben Shelton said, giving one reason why he didn’t travel overseas as a junior. Now, the sturdy-built left-hander will play for a spot in the second week of a major on Saturday. 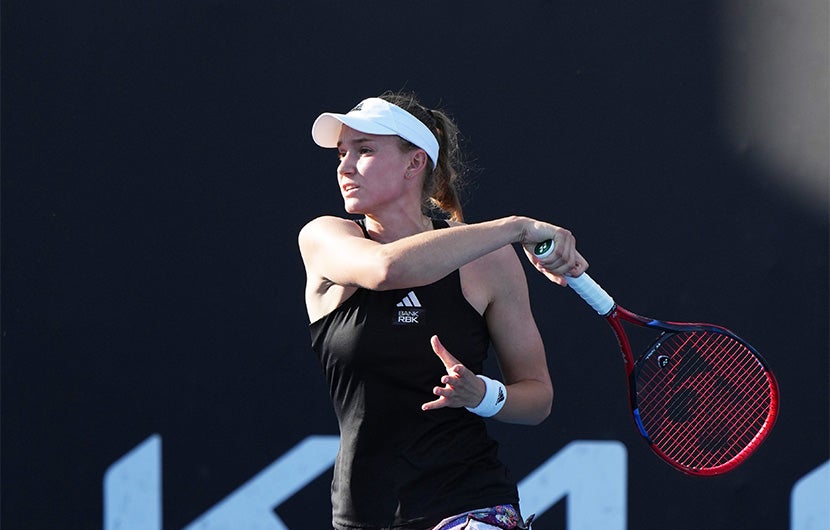