Angelique Kerber (VCORE Si 100, POLYTOUR FIRE 120) has reached another milestone—World No. 1. She unseated American Serena Williams as the top female tennis player in the world—breaking her 186-week streak at the top—after Williams lost in the US Open semifinal. Her new ranking will be officially announced on Monday, September 12th. An announcement can be found on the official WTA website. 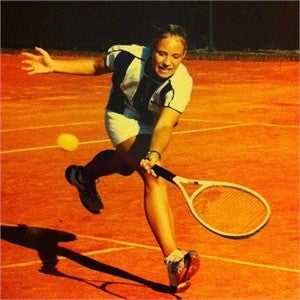 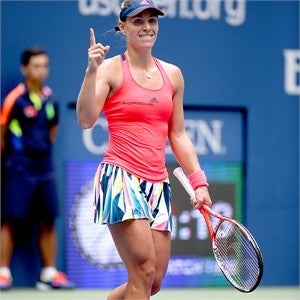 Angelique has been playing with Yonex ever since her early years as a junior. Since going pro, she has come to be known for her powerful, aggressive and persistent play on the court. She has enjoyed great success in recent years, with 2016 acting as a significant turning point.

Changing string to the Yonex POLYTOUR FIRE 120 at the beginning of this season, she got off to a running start. She would dominate at the Australian Open, defeating Serena Williams in the final to win her very first Grand Slam title. From there, she would place as the finalist at Wimbledon, and is currently making an incredible run at the US Open. She’s into the semifinals today, without dropping a set.

Angelique is the seventh female Yonex player to reach the World No. 1 spot. Past players include athletes such as Martina Navratilova, Martina Hingis, and Ana Ivanovic.

Angelique is only the second German woman to ever reach the World No. 1 spot. The last time a German player reached the World No. 1 was in 1997. That player was Steffi Graf—Angie’s childhood idol.

Angelique is now playing her semifinal match against Caroline Wozniacki, with her eyes fixed firmly on her spot in the final.