Day 5
With unusually hot temperatures finally settling down in New York, Anastasija Sevastova (EZONE 100 / POLYTOUR PRO 125 / New York Collection / ECLIPSION2) took the court on day 5 against Ekaterina Makarova. The Latvian got off to a slow start and dropped the first set but was able to start building momentum as the match went on. 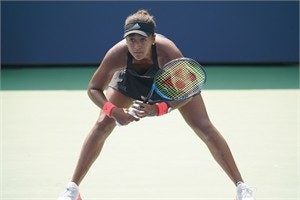 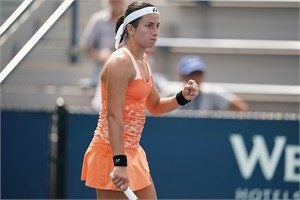 Sevastova’s off-paced groundstrokes and sneaky slices helped her win 12 of the last 15 games to move on to the round of 16. She will be looking to reach the quarterfinals for the third straight year when she takes on seventh-seeded Elina Svitolina on Sunday.

Day 6
Markéta Vondroušová (EZONE 100 / POLYTOUR AIR 125) had never won two matches in a Grand Slam, let alone advance to the second week. Her opponent in the third round was Kiki Bertens, who was on an eight match winning streak after capturing the Western & Southern Open in Cincinnati.

Vondroušová was down 5-3 in the first set but rallied to force a tiebreaker. After winning the first set 7-6, Vondroušová raced out to a 2-0 lead, only to lose the next six games. Vondroušová, who was the last direct entry into the main draw, saved some of her best tennis for the third set tiebreaker. After hitting a blistering forehand passing shot winner at 2-1, she won the next four points to secure the best win of her young career.

"I didn't have the best season, but I think (my) hard work has paid off,” said Vondroušová who is the only teenager left in the main draw. "It's like a dream. I'm very happy (about) it."

Later in the day, Naomi Osaka (EZONE 98 / POLYTOUR PRO 125 / REXIS 130) faced off against Aliaksandra Sasnovich, who reached a career high ranking of 33 last week and is having her best career year.

Osaka was up for the challenge and only needed 50 minutes to halt Sasnovich’s progress in New York. The 20-year-old hit only three unforced errors and won an astounding 75% of the points to advance to the round of 16.

"Now that I'm able to beat people at easier scores like this, I think I have improved a lot,” said Osaka after her 6-0, 6-0 victory. "I wasn't necessarily thinking of the score when I was playing today. I was just thinking about the stuff that I had to do to keep winning.”

Check out who’s moving on to the Round of 16 from #TeamYonex: