The eighth day of the US Open saw Team VCORE players make it through to the quarterfinals in both men’s singles and doubles. 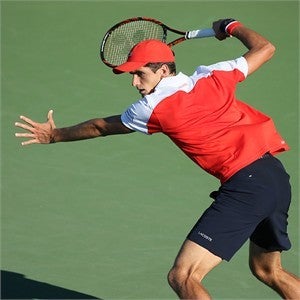 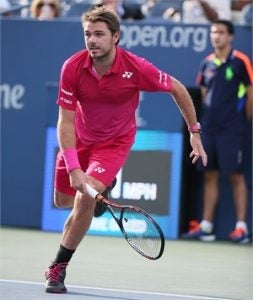 Harnessing the power of his ferocious backhand and expansive court coverage, Stan overpowered his opponent to quickly take the first two sets. Stan the Man claimed the first set with a critical break, and proceeded to break the Ukrainian two more times in the second set. While a spirited showing from Marchenko saw Stan down a set after a tight tiebreaker in the third, the Swiss returned with a vengeance. Stan powered up his service game in the last set, breaking his opponent yet again, and proceeded to fire off several winners en route to victory.

Stan the Man has his gaze firmly set on advancing to the final four as he goes up against Juan Martin del Potro in what will be a highly watched quarterfinal match.


Defending Champs on the Road to Second Straight Title

Defending champions Pierre-Hugues Herbert (VCORE Duel G 97, POLYTOUR FIRE 125) and Nicolas Mahut continue their strong showing at the US Open in men’s doubles, defeating Jeremy Chardy and Sam Groth 6-4, 5-7, 6-4 to book a place in the quarterfinal. The pair racked up 41 winners against their opponents, and their wins on first serve percentage clocked in at 81%.

Both Stan and Pierre-Hugues compete using the VCORE Duel G. The racquet boosts players’ power game with technology specifically designed to crush the ball. Hits with the VCORE Duel G result in increased ball height by 14% and increased spin by 8%.